Charging Interest is Immoral and Unchristian for Certain Types of Loans

Apparently the bible references usury several times. And if you do an internet search (with Google), you’ll get over 6 million results. So people have a lot to say about it.

Hilaire Belloc had something to say about usury and I’ve copied from the Russian Faith website (probably because I’m too lazy to look it up myself).

This article is an excerpt from Hilaire Belloc’s book: Economics for Helen – A Brief Outline of Real Economy. 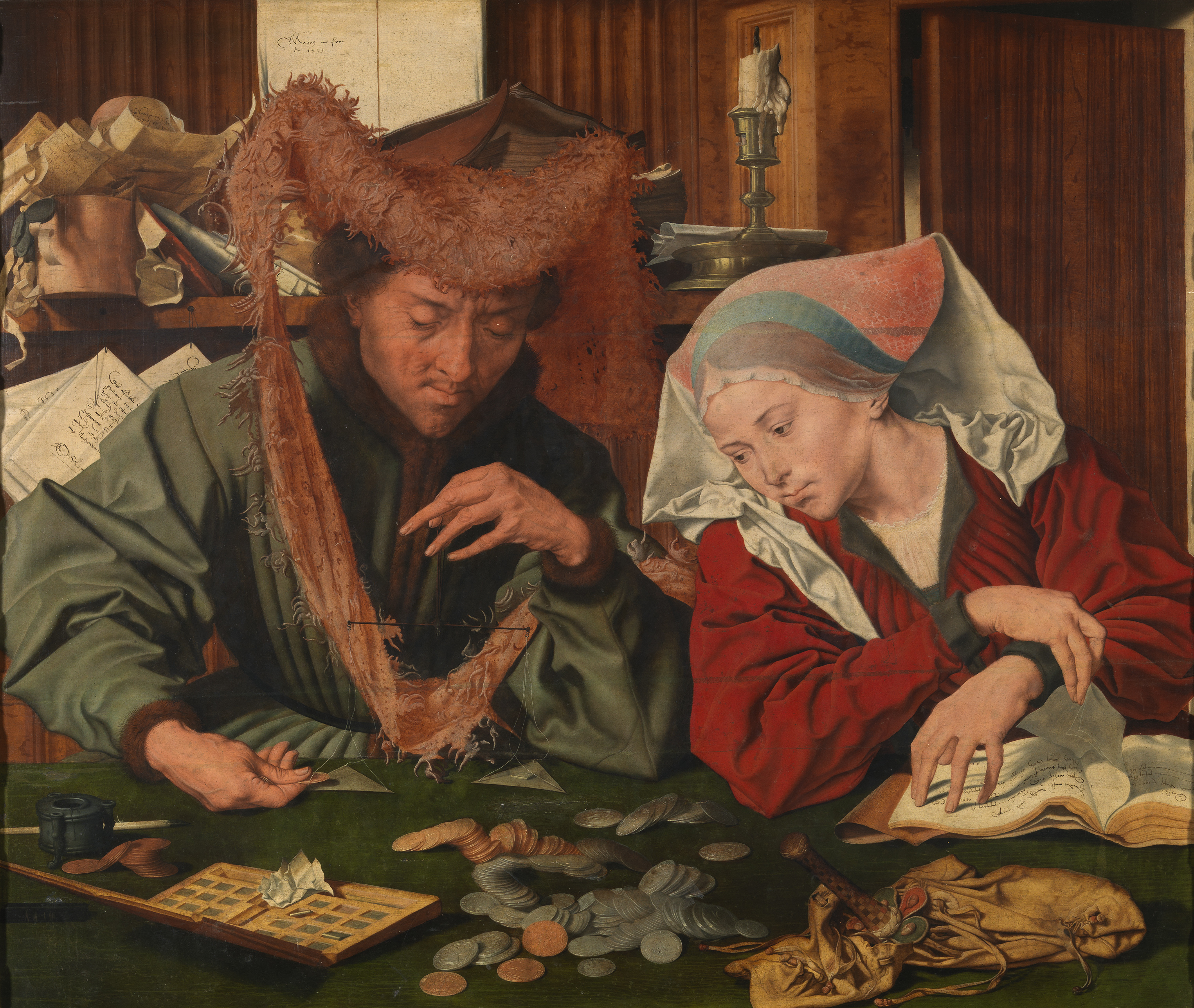 Usury, the last subject but one on which I am going to touch in this book, is one which modern people have almost entirely forgotten, and which you will not find mentioned in any book on Economics that I know. Yet its vital importance was recognised throughout all history until quite lately, and it is already forcing itself upon modern people’s notice whether they like it or now. So it is as well to understand it betimes, for it is going to be discussed very widely in the near future.

All codes of law and all writers on morals from the beginning of anything we know about human society have denounced as wrong the practice of USURY.

They have recognised that this practice does grave harm to the State and to society as a whole, and must, therefore, as far as possible, be forbidden.

Now what is Usury, and why does it thus do harm?

Modern people have so far forgotten this exceedingly important matter that they have come to use the word “usury” loosely for “the taking of high interest on a loan.” That is very muddled thinking indeed, as you will see in a moment. The character of Usury has nothing to do with the taking of high or low interest. It is concerned with something quite different.

Usury is the taking of any interest whatever on an UNPRODUCTIVE loan.

The city of Vladivostok, the largest city in far eastern Russia, would like to erect an enormous statue of Jesus Christ atop a hill that was once set aside for a monument to the Soviet communist leader, Vladimir Lenin. Although the construction has not yet been authorized by the Russian Orthodox Church, the prospect of a large statue of Christ overlooking the Pacific Ocean has many of the Russian faithful excited.

In 1972, Soviet officials ordered the construction of a 98-ft-tall bronze statue of Lenin to be placed on the site, with a second statue of Soviet dictator Joseph Stalin planned for a neighboring hill. Difficulties with the planning, however, caused the projects to be postponed repeatedly until they were ultimately scrapped around 1990. Since then the hills have been left bare. 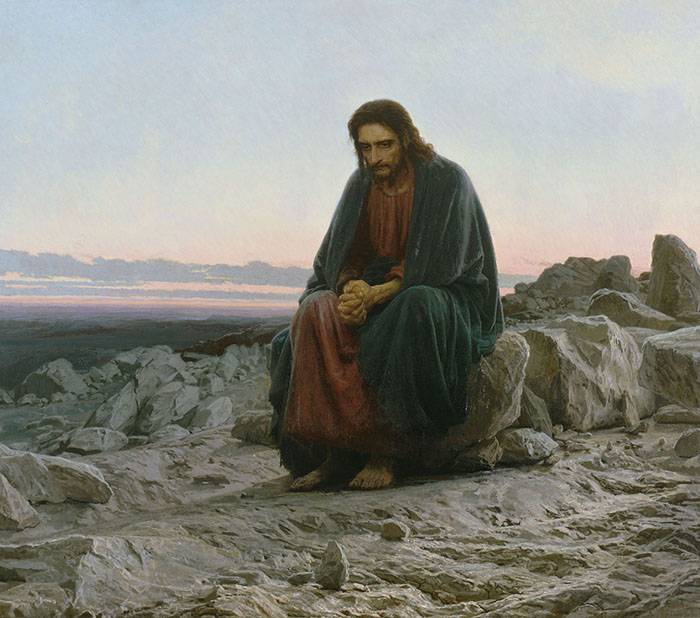 I like this story which tells what the artist had to do to feel right about “Christ in the Desert.” MW

A few months before he was due to graduate with honours from the Imperial Academy of Arts in St. Petersburg, Ivan Kramskoy (1837-1887) organized the notorious ‘Revolt of the 14.”

He led a group of his best friends (who also happened to be the most promising students of the graduating class of 1864) as they marched into the university main office and furiously presented a list of complaints and demands to the administration.

Because of the crisis conditions in modern government schools, more Russian families are switching to home education. Homeschooling is legal in Russia, and interest in it is growing every year. . . .

Editor’s note: Russia has the second highest population of homeschooling families in all of Europe. Homeschooling has been legal in Russia since 1992, and current estimates suggest that there are over 100,000 homeschoolers in Russia. These numbers are growing, as homeschooling continues to grow in popularity.

The following article, originally published on the official Russian Church site that deals with family issues, was translated by Fr. Joseph Gleason, an American Orthodox priest who lives in Russia with his wife and eight homeschooled children.

They clear rubble and remove debris from the churches, carry out emergency and conservation works, install icons, and invite clergymen to perform services. After the departure of the volunteers, local residents continue the restoration work. Many church communities are being rebuilt.

“Common Cause: Rescuing Wooden Churches of the North” is a project committed to preserving ancient Orthodox churches and monuments of wooden architecture in the northern parts of Russia, including the regions of Arkhangelsk, Vologda, Karelia, and Komi.

In the Russian North, one encounters amazing wooden churches and chapels, built several centuries ago. Sadly, during the years of Soviet power, a huge number of churches had been burned, converted into clubs and warehouses, or simply left in desolation and disrepair.

This group does the work necessary to identify these churches, and to do the work necessary to restore them, preserve them, and pass them on to the next generation. First of all, it is important to carry out emergency work: to repair the roof, close the windows, and replace wood that has rotten in certain key places. If this is not done quickly, many wooden churches will soon be destroyed by the weather. Already, hundreds of northern churches have disappeared forever.

The project began in 2006, thanks to the work of Alexander Porfirievich Slepinin, a 75-year-old grandfather. At his own expense, in the Pomor village of Vorzogory, he began to cover the roof of the bell tower. Finding out about this good deed, the parishioners of several Moscow churches began to help him. The project was supported by Archpriest Dmitry Smirnov. Today the project is carried out with the blessing of Bishop John of Domodedovo, and Metropolitan Daniel of Arkhangelsk and Kholmogory. Patriarch Kirill has highly praised the work performed by this project.

Within the framework of this project, hundreds of volunteers are sent to the North every year. These restoration projects are documented in numerous videos available on YouTube (Russian language).Traditionally, the expeditions are attended by teachers and students of the Sretensky and Nikolo-Ugreshsky seminaries, the youth of the Podpornya Optina desert and many other churches in Moscow. The project coordination center is located at the Church of St. Seraphim of Sarov in Raev in Moscow.

Project volunteers clear rubble and remove debris from the churches, carry out emergency and conservation works, install icons, and invite clergymen to perform services. Local residents take an active part in this effort, and after the departure of the volunteers, they continue to take care of the restoration of their holy places. Many church communities are being rebuilt.

Want to see more articles like this? Please help us, and do what you can to keep the Russian Faith website alive.

It takes a full time staff to sustain this website, and our workers need to feed their families. We have not yet met our fundraising goal, and we need your help. A recurring donation of even $5 or $10 per month would be a blessing, and will help keep us going.