Jean Vanier reflects on a life devoted to people with disabilities

It’s very difficult to find something I like on Canada’s taxpayer-funded CBC Radio, with its usual programming of NWO material. However, this interview is very inspirational. Jean Vanier, son of Canada’s former Governor General, Georges Vanier, passed away May 7, 2019. Listen to the full interview 53:59 minutes.

Israel Again Bombs Gaza – But Is It ‘In Response’?

Since Friday noon a fire exchange between besieged Palestinians in the Gaza strip and Israel escalated into heavy bombing and missile fire.

The reporting thereof in U.S. media again proves that these are unable to fairly cover on the conflict. 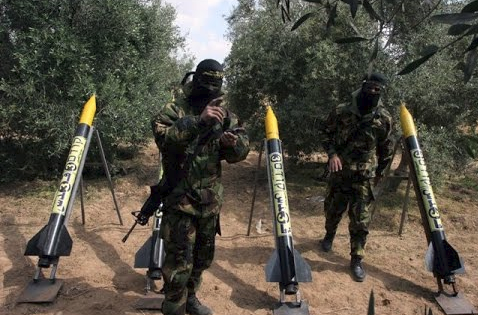 Militants in Gaza fired more than 250 rockets into southern Israel on Saturday, and Israel responded with airstrikes and artillery fire, ending weeks of relative calm and threatening efforts to forge a long-term truce.

Most readers do not read further than the headline and maybe the first paragraph. Their impression will understandably be that “militants in Gaza” started the fight and that the Zionists “responded”. But that is far from the truth.

[More from the Unholy Land…mw]

One has to read down to the fifteenth paragraph to learn that those ‘facts’ are probably false:

The Israeli military reported on Friday that two soldiers were lightly wounded in a shooting incident along its border with Gaza. In response, Israel struck sites belonging to the Izzedine al-Qassam Brigades, Hamas’s military wing, killing two fighters.Also on Friday, two Palestinian protesters were killed taking part in ongoing weekly demonstrations at the border fence with Israel, the Palestinian Health Ministry said.

Note the sequencing. The exchange is again described as a “response” by Israel. The two murdered demonstrators, who were unarmed and posed no threat to Israel, are mentioned as an aside. 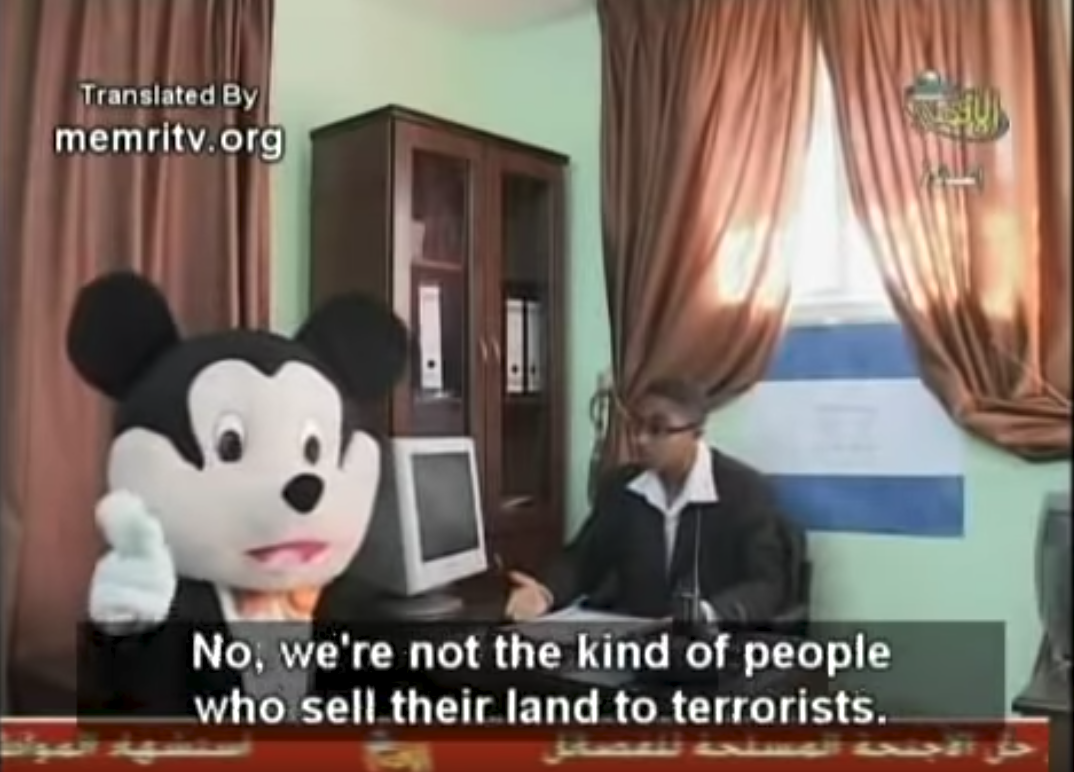 But it was their murder, by Israeli snipers, that actually started the escalating violence:

“It’s a reply to the Israeli targeting of peaceful civilians yesterday by Israeli snipers during the 58th Friday of Great March of Return,” said Basem Naim, a member of Hamas’s bureau for international relations, referring to the weekly protests staged in Gaza since last year. “Also, to the procrastination policies of the occupation toward lifting the siege on Gaza.”

A second story at Bezos’ blog, filed later, follows the same scheme though its first paragraph is slightly more neutral. It is headlined:

An escalation in fighting between Israel and Hamas in Gaza over the weekend also brought with it a growing death toll Sunday, with reports that six Palestinians, including a pregnant mother and a baby, had been killed by Israeli air strikes on the Palestinian enclave and one Israeli man killed as more than 450 rockets and projectiles were fired into southern Israel from Gaza.

In the following paragraphs there are eight statements attributed to the Israeli side and one from Palestinians. The Friday murder of two Palestinian civilians is only mentioned in paragraph sixteen.

The New York Times is equally partisan with the headline also falsely claiming that Israeli “responds”:

Palestinian militants launched about 250 rockets and mortars into southern Israel from Gaza on Saturday, and the Israeli military responded with airstrikes and tank fire against targets across the Palestinian territory, as tensions along the volatile border boiled over and a fragile cease-fire faltered again.

The piece also gives ample room to Israeli military claims. The murder of the two Palestinians on Friday, the immediate cause of the exchange, is mentioned as an aside in the fifteenth paragraph:

Saturday’s escalation in violence came a day after two Israeli soldiers were wounded by a Gaza sniper and four Palestinians were killed. Two were shot by Israeli forces during Friday’s weekly protest along the fence dividing the Palestinian coastal territory from Israel, according to Gaza health officials.

This fake reporting saying that Israel “responds” is nothing new. As Louis Allday wrote in 2011:

If one consults only mainstream media for information on the conflict in Palestine, what is immediately striking is that Israel appears to be in a permanent state of “retaliation” — a phrase which immediately confers at least a modicum of legitimacy or justification upon the act to which it refers. Israel is never presented as the aggressor and however much its actions are condemned — which they are by some mainstream sources — they are invariably portrayed as a reaction to some form of provocation. Conversely, missiles launched from the Gaza Strip or southern Lebanon are habitually portrayed as “attacks” — never “retaliations,” even if Israel has launched a devastating missile strike immediately prior to the event — as so often is the case.

The public is subliminally conditioned to understand that Israel is a permanent victim that on occasion is forced to lash out in response to the ostensibly irrational and unruly aggression of illegitimate non-state actors that encircle it.

This warped and cursory reporting by U.S. media of the conflicts launched by Israel is contrasted by reporting in Israeli itself. This Haaretz writeup of this weekend’s escalation, while also partisan, is way more informative than any reporting from the U.S. side. It explains the political background of the struggle:

The escalation between Israel and the Gaza factions over the weekend – more than 400 rockets fired at Israel, a broad bombing of Gaza by the air force, seven Palestinians killed and six Israelis wounded – reflects an attempt by Hamas to address its economic woes by putting military pressure on Israel at a sensitive time.
…
To understand what’s happening, it’s crucial to revisit events from before the April 9 election. In recent months, Egyptian intelligence officials have been mediating between Israel and Hamas in an attempt to reach long-term agreements. The Palestinians would put a complete stop to airborne firebombs and rockets, while Israel would ease movement through border crossings, allow large sums of Qatari money into the Gaza Strip and take steps to accommodate large-scale, internationally-financed projects in Gaza to improve the crumbling infrastructure. At a later stage, talks over a prisoner swap would be renewed.Ahead of the election, and in light of the promises by Benjamin Netanyahu’s government in the hopes of avoiding a conflict as Israelis voted, Hamas held its fire. But the payoff didn’t arrive at a pace that satisfied the Palestinians. Israel wasn’t quick to meet its commitments. The concessions at the border crossings were anything but swift, the number of trucks bringing goods into Gaza every day was modest, and efforts to increase the electricity supply hadn’t yet begun.

In this case it is undoubtedly the Palestinian side that is responding to Israeli violence. But even if Palestinians would fire missiles without an immediate cause it would be within the full rights of the Palestinian people. In its 1982 Resolution 37/43 the General Assembly of the United Nations reaffirmed:

the legitimacy of the struggle of peoples for independence, territorial integrity, national unity and liberation from colonial and foreign domination and foreign occupation by all available means, including armed struggle;

The UN GA resolution is standing international law. The Palestinian people have the right to resist against the occupation force.

In practice as well as legally Israel is a colonial entity that occupies Palestinian land, especially in Gaza and the West Bank. Any armed struggle by Palestinians against the occupation, provoked or not, is thus morally and legally justified.

But do not expect that any ‘western’ mainstream media will ever point that out.

We Hold These Truths has been challenging Christians about the dangers of Christian Zionism since 2002. Our latest effort took place in Fresno, CA at the Altar Conference: Where Heaven Meets Earth,” that describes it as “a weekend of dynamic worship and powerful teaching, provoking believers of all backgrounds into a lifestyle of radical pursuit and relentless devotion to Christ.” We think that’s a great idea.

Normally, WHTT vigils are held in front of Christian Zionist churches or events held by Christian Zionist organizations, like Christians United For Israel. Thousands of Christians attended the event and were greeted at three entrance points by members of the WHTT team led by David Jacobs and Craig Hanson. Because the “Free Speech” areas were very close to the lines for the security check points at the entrances, everyone got to see one or more of our signs. In this revealing, 23 minute, podcast, Craig and Dave reflect on some very interesting encounters they had with conference attendees. Many people were clueless about what Zionism is. Craig talked with attendees about how he came out of being a Christian Zionist, even though he didn’t know he was one (listen to: “Confessions of a Former Christian Zionist“). Handout mentioned in the podcast: “Does the Bible Require Followers of Jesus to Support the Jewish State of Israel? – Be A Berean: Acts 17:11, Do Your Own Research.”

David Jacobs (rt.) discusses the WHTT handout with an attendee to the Altar Conference.