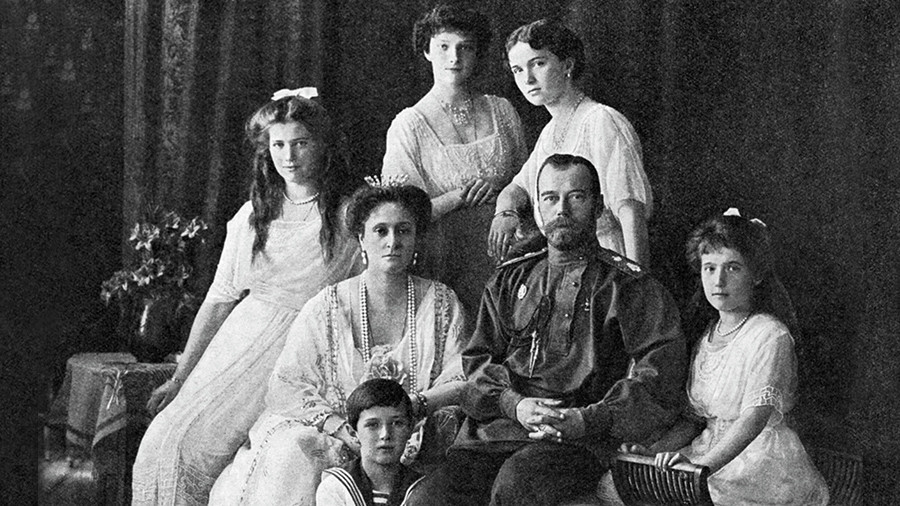 Investigators plan to conduct “psychological and historical analysis” to verify a theory that the killing of last Russian Tsar Nicholas II and his family in 1918 was a sacrifice made by the Bolsheviks in a bid for global domination.

As expected, immediately the Zionist Jews in Russia are quite upset that something might be revealed. Read more.

This is a very enlightening piece by M. King at Tomato Bubble. Let me give a few lines and you can read the rest here, along with a great pictorial view of Jesus and the Zealots and why the Arch was built.

Sayings things like: “The love of money is the root of all evil” and “Turn the other cheek” and “blessed are the peacemakers” and “render unto Caesar the things that are Caesar’s and to God the thing’s that are God’s” were not exactly what the psycho Zionist Zealots and money-grubbing loan sharks wanted to hear. Publicly calling them out as the sons of Satan probably didn’t win Jesus any ‘brownie points’ either! As we all know by now, if there is one thing that Jewish Supremacist Zealots hate more than an “anti-Semite”, it’s a “self-hating Jew.” Jesus of Nazareth had to go. Read more.

Rick Siegel Reports On His Findings In Palestine

Copied from We Hold These Truths

We’ve known about Rich Siegel and his activism for Palestine for a number of years. What follows is a report he made to Palestine that surely qualifies as “Unheralded News!”.

Be sure to watch the 12 minute video (posted below) by Rich Siegel, performing his composition, “In Palestine.” [Ed.-TEC]

I’ve recently had an amazing experience! I did something that many Palestinians don’t get to do. I visited Palestine. Palestine is one of the few places that, as soon as you mention the name, it becomes controversial. Cuba is like that to an extent, but everyone agrees that Cuba exists, whereas with Palestine, there are actually those who claim it doesn’t exist. I proved them wrong. I went there! And when I went I found people who speak Arabic and who worship in mosques and in Christian churches, and smoke shisha and drink really strong coffee, and I’m pretty sure they were Palestinians. And I got to experience first hand the way they live. I got to see Jewish-only roads which are forbidden to them, (infrastructure allowed to one group, and forbidden to another group: the very definition of apartheid). I got to see an ugly wall snaking around the otherwise beautiful country-side, which is not on any border, and is only serving to steal land and cause lots of inconvenience. I got to see villages surrounded by illegal Jewish settlements, settlements that have plenty of water for swimming pools while Palestinians have to ration the limited water they get. I got to see the ruins of houses that were demolished, families given just an hour to get out. I got to see once thriving business districts made into ghost-towns due to inaccessibility caused by the wall. I got to see Bedouin villages that get no services at all because they are not “recognized”. I got to see things I did not expect to see, for example, an Arab family’s house in a “cage”, completely surrounded by a Jewish settlement and fenced in, only accessible by a driveway with a gate controlled by the settlement. Basically I got to see apartheid in action.

And I got to see these ugly big red road signs that Israel puts up, warning Israelis that they are in danger if they cross into an Arab area. But the funny thing was that when I, a Jew, went into these areas, I always got handshakes and hugs and hospitality. Great food, great music, great fun, warm hearts! Go figure! Anyway, I know it’s controversial, but when I was a kid the war in Vietnam was controversial and now, nobody’s ashamed at having opposed it. So I’m here to shout from the rooftops that I have seen Israeli apartheid up close and personal and I oppose it! And I also want to say that I want everybody to go to Palestine and see it. It’s beautiful, there is so much history, and the people, the food and the culture are lovely. And the awful situation needs to be witnessed. Anybody interested in going, just pop me an e mail back and I’ll help you make it happen.

I even had a little gig while I was there, at al-Jisser bar in Beit Sahour, a fun hang if you’re in the neighborhood. Don’t worry, Israel, I didn’t make any money. I played for beer and a T-shirt. But can you imagine this Jewish guy playing piano in a bar in Palestine, for an audience of Palestinians and internationals, including Jews, even drinking local Palestinian beer? How many assumptions and stereotypes get smashed in that picture?!

Rich Siegel is a very talented pianist and singer who journeyed from being an ardent Zionist, who even lived in Israel. Rich delved into the Zionist beliefs he held so dear and found that the “facts” he had learned were wanting. After a thorough investigation into the Israel/Palestine conflict, he became an activist for peace and justice for Palestians. In this remarkable, 12 minute video, Rich performs his haunting composition, “In Palestine,” talks about his journey out of Zionism, and, how he came to write the song. Rich performs in the New York City area. To find out where Rich is playing, check out his website.