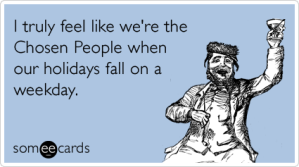 Somehow I don’t believe  that the Chosen People are racially and spiritually superior. If you think they are superior, read this. 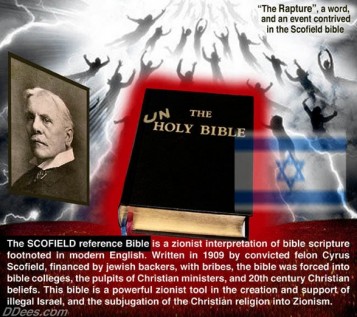 This graphic by Dees is a good summary. For the whole sordid history of how the book was created by a convicted felon, you must read The Incredible Scofield and His Book.

By Canadian Boat to Gaza

As Jim Manly, former Canadian MP (1980-88) and retired United Church Minister, continues to be detained in Israel with many of the other crew members of the Estelle, without any news about when he will be released.  This despite freeing the Greek, Italian and Spanish citizens who were on the Estelle and the release of Israeli activists after being detained and charged.

Elik Elhanan, one of the Israelis released, said that excessive force and tasers were used against them and that a Greek MP was beaten by Shabak Security Service interrogators.

“I am now on my way home, but I keep thinking of my shipmates, my fellow activists from abroad who are still imprisoned under harsh conditions and undergo  interrogation by the Shabak Security Service, among them Parliament Members from several countries,” said Elik Elhanan, one of the Israeli activists who had sailed aboard the Gaza-bound Swedish ship “Estelle”. Today, the court ordered his release and that of two other detained Israelis, Yonatan Shapira and Reut Mor. “At first they tried to charge us with all kinds of very serious felonies, such as ‘aiding the enemy’. The court rejected this out of hand. Today they tried an article on the law books called “Attempted infiltration into a part of the Land of Israel which is not part of the State of Israel” (sic). But the court threw out this charge, too”. The detained activists were represented by Attorney Gaby Lasky and her team, who have considerable experience with Human Rights cases.

The released detainees were cheerfully greeted by peace activists who arrived at the courtroom, among them Elik Elhanan’s  parents – Rami Elhanan and Nurit Peled-Elhanan, who is the daughter of the late Major General Matti Peled. Smadar Elhanan, Elik’s sister, was killed in a suicide bombing at the center of Jerusalem – a harsh experience which made surviving family members all the more determined to strive for peace between Israel and the Palestinians, so as to prevent further casualties on either side.

“They used a completely disproportional amount of force against us” continues Elhanan. “When the Navy arrived to take us over, Yonatan Shapira counted no less than fifteen vessels surrounding us on all sides. Large and small ships and boats, a ship carrying a helicopter, as well as the Zodiacs of the Naval Commandos. Fifteen armed naval vessels against one small civilian boat carrying games for the children of Gaza. We must have disturbed very much the Navy and those who give orders to the Navy.”

“These testimonies increase our concern for Jim and continue to raise the question why aren’t the Canadian government and the opposition NDP doing more to secure his release?”  Said Eva Manly, Jim’s wife.

Just how old is the oldest man-made place of worship and where is it?

Herouni continued to research Karahunj, and, before his
death in 2008 at 75 years of age, he found that some of its
stones were oriented to Deneb, the brightest star in the constellation
of Cygnus (it is a blue-white supergiant star). This
was an intriguing discovery, because the same alignment occurred
at Göbekli Tepe, the earliest manmade place of worship
yet discovered, older even than Karahunj by 40
centuries, and dated to circa 11,500
years before present. Whether this
southeastern Turkish site and the Armenian
location were directly related
somehow, despite their vast separation
in time, or coincidentally shared a common
astronomical alignment, has not
been established.

Is Jesus a monkey?

Is Jesus a monkey in the Holy Land? Find out here, here and here.