Dr. Roger Hodkinson, MA, MB, FRCPC, FCAP, CEO and medical director of Western Medical Assessments, spoke at the Edmonton City Council Community and Public Services Committee meeting on Nov. 13 about the city’s move to extend its face-covering bylaw. He was listed as speaker number 95 on the meeting agenda.

Hodkinson was trained at Cambridge University in the UK. He is ex-president of the pathology section of the Medical Association. He was the chairman of the Royal College of Physicians of Canada Examination Committee and Pathology in Ottawa, Canada.

Here’s a recording of Hodkinson’s testimony:

Here’s the transcript of Hodkinson’s testimony:

This is Dr. Hodkinson, I just wanted to let you know I’m standing by.

OK, well we would love to hear from you, the floor is yours.

Thank you very much. I do appreciate the opportunity to address you on this very important matter. What I’m going to say is lay language, and blunt. It is counter-narrative, and so you don’t immediately think I’m a quack, I’m going to briefly outline my credentials so that you can understand where I’m coming from in terms of knowledge base in all of this.

I’m a medical specialist in pathology which includes virology. I trained at Cambridge University in the UK. I’m the ex-president of the pathology section of the Medical Association. I was previously an assistant professor in the Faculty of Medicine doing a lot of teaching. I was the chairman of the Royal College of Physicians of Canada Examination Committee and Pathology in Ottawa, but more to the point I’m currently the chairman of a biotechnology company in North Carolina selling the COVID-19 test.

And [inaudible] you might say I know a little bit about all of this. The bottom line is simply this: There is utterly unfounded public hysteria driven by the media and politicians. It’s outrageous. This is the greatest hoax ever perpetrated on an unsuspecting public. There is absolutely nothing that can be done to contain this virus. Other than protecting older, more vulnerable people. It should be thought of as nothing more than a bad flu season. This is not Ebola. It’s not SARS. It’s politics playing medicine and that’s a very dangerous game.

There is no action of any kind needed other than what happened last year when we felt unwell. We stayed home, we took chicken noodle soup, we didn’t visit granny and we decided when we would return to work. We didn’t need anyone to tell us.

Masks are utterly useless. There is no evidence base for their effectiveness whatsoever. Paper masks and fabric masks are simply virtue-signaling. They’re not even worn effectively most of the time. It’s utterly ridiculous. Seeing these unfortunate, uneducated people — I’m not saying that in a pejorative sense — seeing these people walking around like lemmings, obeying without any knowledge base, to put the mask on their face.

Social distancing is also useless because COVID is spread by aerosols which travel 30 meters or so before landing. Enclosures have had such terrible unintended consequences. Everywhere should be opened tomorrow as well as was stated in the Great Barrington Declaration that I circulated prior to this meeting.

All that should be done is to protect the vulnerable and to give them all in the nursing homes that are under your control, give them all 3,000 to 5,000 international units of vitamin D every day which has been shown to radically reduce the likelihood of Infection.

The scale of the response that you are undertaking with no evidence for it is utterly ridiculous given the consequences of acting in a way that you’re proposing. All kinds of suicides, business closures, funerals, weddings etc. It’s simply outrageous! It’s just another bad flu and you’ve got to get your minds around that.

Let people make their own decisions. You should be totally out of the business of medicine. You’re being led down the garden path by the chief medical officer of health for this province. I am absolutely outraged that this has reached this level. It should all stop tomorrow.

Thank you very much.

It’s 390 years since the death of Johannes Kepler, the Lutheran Christian astronomer, who died November 17, 1630.

Kepler was an extraordinary Christian who saw God’s harmony in the planets and the universe. In his search for God in the heavens, he said that God gave him the laws of planetary motion for which he is remembered in science.

Although he was not a healthy person, and was disfigured by smallpox when a child, he believed in God and suffered through the religious Thirty Years War, a war between Christian sects.

This religious war had generals and armies on both sides. The victors cut off the heads of the vanquished and nailed the sculls to posts in the beautiful city of Prague for the citizens to view and remind them that one Christian religion was better than the other. Kepler took no sides, he wanted all Christians to work in harmony. In my mind, Kepler was closer to being a saint than any other person during his time.

I thought about it: why would Christians fight so hard? Well, they were barbarians and under the rule of Roman emperors. Some had converted to Christianity but they were still barbarians as Edward Gibbon noted in his Decline & Fall of the Roman Empire.

For a fascinating history of the life of this awesome Christian astronomer, find the book Kepler’s Witch by James A. Connor, who calls Kepler the “Protestant Galileo, a neglected hero of science and faith.” You won’t be disappointed.

Many leaders of Mainline or Traditional Christian Churches have failed to recognize that two established carriers of Zionism are entrenched in their midst.

It appears almost certain that supporters of the Israel State have quietly bankrolled two international Bible study groups. These teach a subtle Zionism in thousands of churches, many of which are Traditional or Mainline, in contrast to Evangelical or Dispensationally oriented. Each class teaches that Israel is the global hero, having been granted the land through biblical Abraham; this, in part, explains the unwillingness of many Mainline churches to speak out against Zionism from the pulpit.

A Google search of “Kay Arthur, Precepts Ministries, Israel,” produces 126,000 responses. Many of these are about Precepts’ annual Israel junket for 2021. How many of those attending are from mainline churches is not disclosed, but the Arthur family ties to Netanyahu’s Israel are made manifest. Why would any pastor expect Precepts Ministries to teach Traditional Christ-following inside his church?

Even more powerful is mysterious and secretive BSF International (Bible Study Fellowship). It was founded in 1969 and boasts a budget of over $13 million per year.  A Google search for “BSF International, Denver, CO,” returns a map with 32 churches listed with BSF classes. The majority are widely recognized as Christian Zionist’s carriers, but six are Mainline, from Episcopal to Lutheran and Methodist.

But the map of churches is the tip of the iceberg! I have learned there are several BSF courses taught in mainline churches for each one disclosed on the Google search list. For instance, two Mainline churches in my neighborhood (both of which I have visited) support BSF Classes but do not appear on the BSF Web map.

Thousands of BSF classes taught in Mainline churches are not listed, an indication of BSF’s tactical discretion. Both groups are also wise and well enough funded to keep the profile low, and fees modest, mostly workbooks sales. The small cost is one apparent reason why both remain welcome and relatively unnoticed in adopted church homes. Is their generosity made possible by endowments from Israel?

Bottom line: Precept Ministries and BSF are teaching Zionism’s un-Christlike beliefs inside Mainline denominations without acute exposure and resistance! Mainline Zionism (MZ) becomes so well-established that some pastors and leaders dare not root it out without severe membership loss.

Most soft-sell-Zionist doctrine exposes itself, not inside the church, but in thousands of weakly home meetings, unobserved by church leadership. These home meetings are also social events, especially popular among women of the church.

Most dangerous, Precepts and BSF often receive free use of church facilities for organization meetings. Thus, they have access to the membership. Smaller teaching meetings with volunteer “facilitator” leaders is where Zionism thinking takes roots. I and others have learned about Christian Zionism from inside Evangelical Dispensational church classes.

Our prayer is that this will become your project because Christ-loving Mainline leaders are both the victims and the promise.

The Year of Disguises

Even the virus itself has been disguised by humans as an “apocalypse.” But, the last part is not the doing of the virus, but the doings of a select number of humans who are responsible for many of the other disguises as well. And if you look at the totality of events in 2020, it is clear that the average citizen has been treated generally less than human, certainly not as adults in any case.

Read the rest of the essay to learn from a mask expert!

Do You Detest Government Control?

They’re Coming After Your Handshake

Are handshakes oh so slightly unhygienic? Of course, they are. That is the point!

That is why a handshake is the greeting of equals. A sign not just of respect, but of a measure of trust, and a sign of equality that is the prerequisite to exploring mutual interest.

A handshake established the participants as equal, or as equal enough that they can engage in mutual enterprise, or conspiracy for that matter.

It is not despite its faint germ-sharing quality that a handshake rose to become *the* greeting of the modern world, but because of it.

Our ancestors understood at an innate level that someone who thinks himself too pure, or too contaminated to grasp your hand could not be trusted.

The willingness to engage in a little germ-sharing was precisely what was required to establish the other was neither too alien nor too warped to work with.

Even today something as insignificant as buying a car is inescapably sealed by — sharing a few germs.

A handshake establishes so much more than a mutual bow or the moronic “elbow bump” ever could, and is a much better bridge between people and the starting point of every conspiracy.

And that is why they want to take it away.

Would Jesus turn the other cheek as government lockdowns destroy the economy?

What would Jesus do today, seeing people’s livelihood stolen from them under the guise of keeping the frail safe from COVID-19?

Would he tell us to turn the other cheek?
I doubt it.

When he saw the temple filled with money-changers and vendors trying to cheat the people out of their hard-earned fruits he made a “whip of cords” and drove out their “philanthropic” money making operation without a word of warning.

Much Ado About Corona 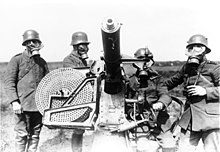 Since when has wearing a mask become an act of kindness?

I like this website which tells you all about covid19 and how the elite behind the scenes control what you get to read.

Many interesting articles to help you through this tyrannical phase we’re all experiencing.

Your Body Is Their New Weapon